Turbulent financial markets - how do they affect the pension savings?

Following a decade with handsome returns, the financial markets took a plunge during the first six months of 2022. It will hurt to the savings, but historically, you may find consolation in knowing that good periods have by far outweighed the bad.

The war in Ukraine, inflation and fear of recession have meant a serious blow to the returns on the financial markets during the first half year, and for the individual pension saver this may result in breaking into a sweat when checking the pension savings. However, in times with big fluctuations on the
markets, it is important to remember that the right strategy will often be to keep cool and do nothing. So says PFA’s private economist and savings expert Camilla Schjølin Poulsen.

- It can be hard to watch while one’s savings decrease, but history tells us that those who succeed in having steady nerves and pay a little extra to their pension plans on a regular monthly basis, are those who will best get through to the other side, the savings expert says.

To most people, pension savings mean a long-term savings plan, which involves that you are better prepared for the fluctuations that are unavoidable during an investment period. That is why it is a good idea to pursue a long-term mindset.

When zooming out a bit and focusing on the return for the past 10 years, a typical customer in Profile C has obtained an overall return of +110,2 per cent - including this year’s negative return. This is good to keep in mind when looking at the return for the year, where, for instance, Danish equities dropped by 8.5 per cent (the OMXC25 as at 31 May), whereas the return on our recommended Profile C with more than 15 years to retirement amounts to –7.8 per cent.

- Often, you can look forward to some decent increases following periods when the market has settled. And this may happen quickly, which stresses the importance of not just keeping to the sidelines. The majority fails to get back there in time, and then you fail to take advantage of the first important increases when the mood changes, Camilla Schjølin Poulsen says. 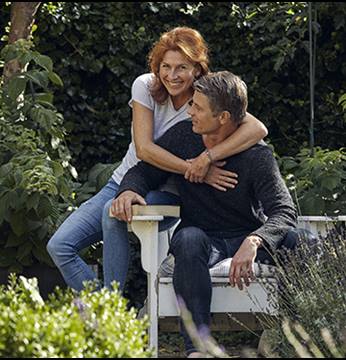 It makes good sense to many people to run a higher risk at a young age. Both because the expected annual return is higher than what is the case for a plan with less risk and thus a lower proportion of shares, but also because there is enough time to make up for a year of poor returns. The biggest challenge of negative returns is if retirement is approaching, because this means that it will be much more difficult to recover the losses.

- At PFA, we recommend that you choose automatic reduction of the risk the closer you are to the retirement age. This means that 10-15 years before the payout starts, we will gradually reduce the proportion of shares in favour of investments in properties and bonds etc. The money will thus still be invested but with a special focus on less fluctuating investments, Camilla Schjølin Poulsen explains.She elaborates, however, that, so far, 2022 has not just given shares a hard time but also investments with low risk such as, for example, bonds, even though they have dropped less than shares.

If you toy with the idea of 2022 ending with a decline of 10 per cent, and you then have “normal” returns from 2023, how long time do you have to stay extra on the labour market to recover the amount you are short of?

The calculation will entirely depend on how close you are to retirement. However, there may be another possibility. Because, if you do not want to stay longer on the labour market, the alternative could be to increase your monthly pension contributions.

- You may say that besides the future return, there are two additional buttons to push if you want to recover a loss, that is to increase one’s payment to the pension plan or stay longer on the labour market, says Camilla Schjølin Poulsen. 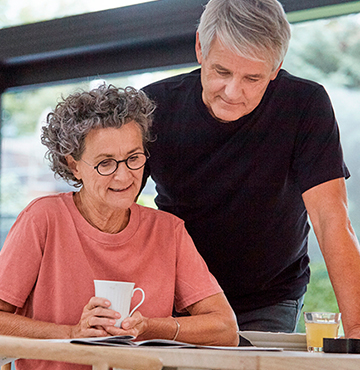 Get a forecast at My PFA

change if you either pay more every month or you choose to postpone your retirement.